The royalty of test drivers:

Nokian Tyres talks a lot about the gut feelings of test drivers. They can provide information that not even the most advanced technical instruments or computers can discover. Test driver Janne Laitinen knows the secret behind the world’s best winter tyres. He is an irreplaceable part of the product development of tyres.

Janne has achieved the official Guinness World Record for fastest car on ice (335.713 km/h) and the world record for electric cars on ice (252.09 km/h), but his daily work is far from these high-speed pursuits. The demanding work requires thousands of repetitions under demanding conditions, constant tyre changes, and exact analysis.

- During the tyre tests, we as test drivers provide written evaluations for the tyres, but we also have many discussions, says Laitinen. He is known as a man of few words, but when he speaks, everyone listens.

And why wouldn’t they? The evaluations from the test drivers largely affect how the new tyre takes shape. In the difficult Northern conditions, for example, a winter tyre needs to work on other surfaces apart from ice and snow.

- The product development of tyres never stops. While the winter grip of tyres keeps improving, wet grip and handling are also constantly worked on.

Laitinen has been testing tyres on nearly every continent. His life strongly revolves around cars and tyres – and he would be ready for more, if he had the time. The man has dedicated his life to going fast.

- I just need to keep going forward, says Janne in a philosophical manner when he is asked about his motoring hobbies outside of working hours.

- I have been involved in endurance racing with a group of friends. There’s always something going on in motorsport, but my time is very limited.

His latest something was a record attempt on the Bothnian Bay, near the city of Oulu. Natural conditions nearly overcame technology. But the skilled and determined Laitinen came through with the results; the new world record for the fastest car on ice was set at 335.713 km/h (208.602 mph).

The holder of three world records gives a long and convincing talk about cars and the world’s best winter tyres. The new world record for the fastest car on ice is still fresh in his mind. But Janne is an experienced professional who keeps his cool even after breaking records. After driving in excess of 300 km/h, he looks as if he just drove here from the corner shop.

- Well, breaking records is never all routine. Of course, it feels great to bag another record. 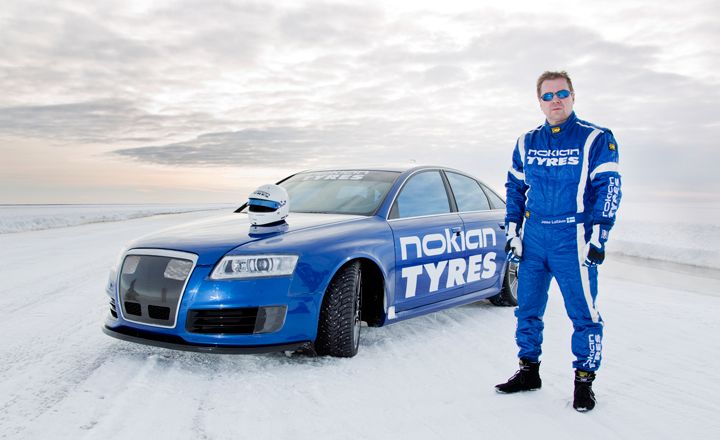 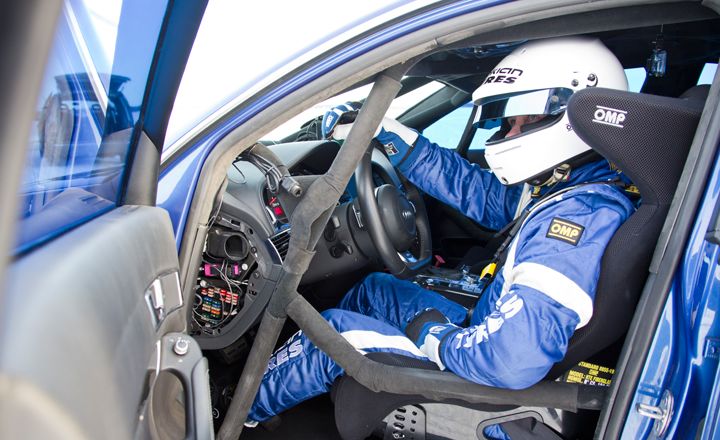 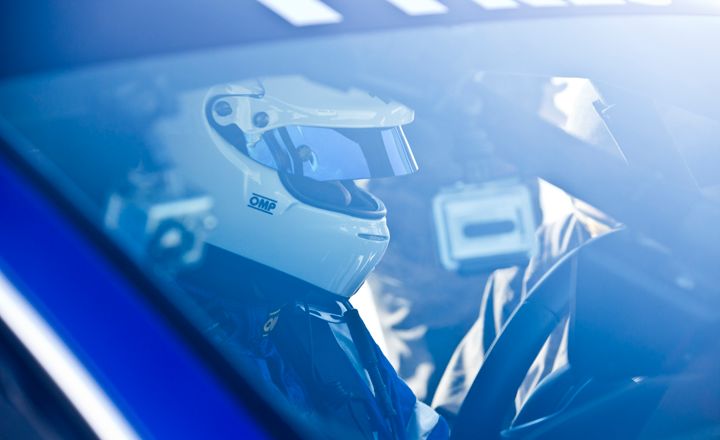