The history of Nokian Tyres started over one hundred years ago, when Suomen Gummitehdas Osakeyhtiö was founded in Helsinki in 1898. The company manufactured galoshes for consumers and technical rubber products for the industry. As the selection expanded, production in the middle of the country's capital became difficult. The decision was made to move the factory to Nokia in 1904. This meant the introduction of new machines, and the method of pressure vulcanisation, for example.

World War I increased the price of rubber and made transport more difficult but, at the same time, rubber products were flying off the shelves. In the 1920s, galoshes had become an everyday article, and the growing industry required even more rubber parts. The advertising emphasised the Finnish origin of the products. An actual advertising department was not established until 1930.

Suomen Gummitehdas was planning to start tyre manufacturing already at the turn of the century. Bicycles were already a common sight on Finnish roads, and the number of cars increased from a few hundred to a thousand in the 1910s. Tyres were the business of the future! Engineer Ragnar Gustaffson travelled to the United States to learn about car tyre manufacturing. In the 1920s, director Herman Krafft prepared the calculations for establishing a bicycle and car tyre department, and test moulds were ordered in Berlin.

In 1924, it was finally time to start manufacturing bicycle and transport wagon tyres. Ensio Salmenkallio was appointed the manager of the department. The first tyres were sold in 1925. 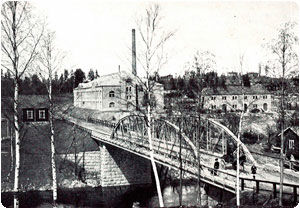 When moving the factory out of Helsinki was being planned, Kotka and Pori were among the options. Technical Director Antti Antero and founding shareholder, doctor Birger Pentzin travelled by train to Pori to see the intended factory premises. It did not meet their demands, however. On the way back, Antero and Pentzin were fascinated by the scenery at Nokianvirta, and got off the train to study the town. The decision was quick: The production of Suomen Gummitehdas Osakeyhtiö would be moved to the shores of the rapids in Pirkkala. It offered inexpensive hydropower and lower costs than the capital. The new factory, built on a plot of land separated from Nokia Manor, started production in the spring of 1905.

Image: The factory buildings of Suomen Gummitehdas Osakeyhtiö in Nokia in the 1905. 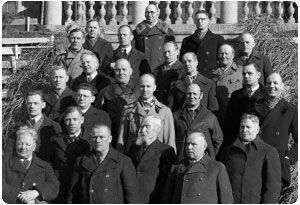 In the 1920s, Martti Vuorjoki, a clerk at Gummitehdas, proposed sending offer letters to companies to office manager William Holmberg. Holmberg was confident in his reply: “Det behövs inte. Alla som behöver gummiartiklar kommer till oss.” (“It's not needed. Everyone who needs rubber items will come to us.”)

Image: Factory foremen in front of the landlord's house, built in 1925. 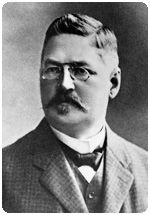 Eduard Polón, the company’s first Managing Director, saw the possibilities of the growing car tyre market already in the early 1900s. He developed the idea of establishing a tyre department while being banished to Siberia for his political views in 1916. Board members Antti Antero and Gustaf Westerlund travelled to meet Polón in Chukhloma, Kostroma Oblast, and during this trip, they made the decision to start manufacturing car tyres. However, this vision did not come to life until the 1930s

Image: Eduard Pólon, a busy visionary, was the Managing Director of the company until 1929.